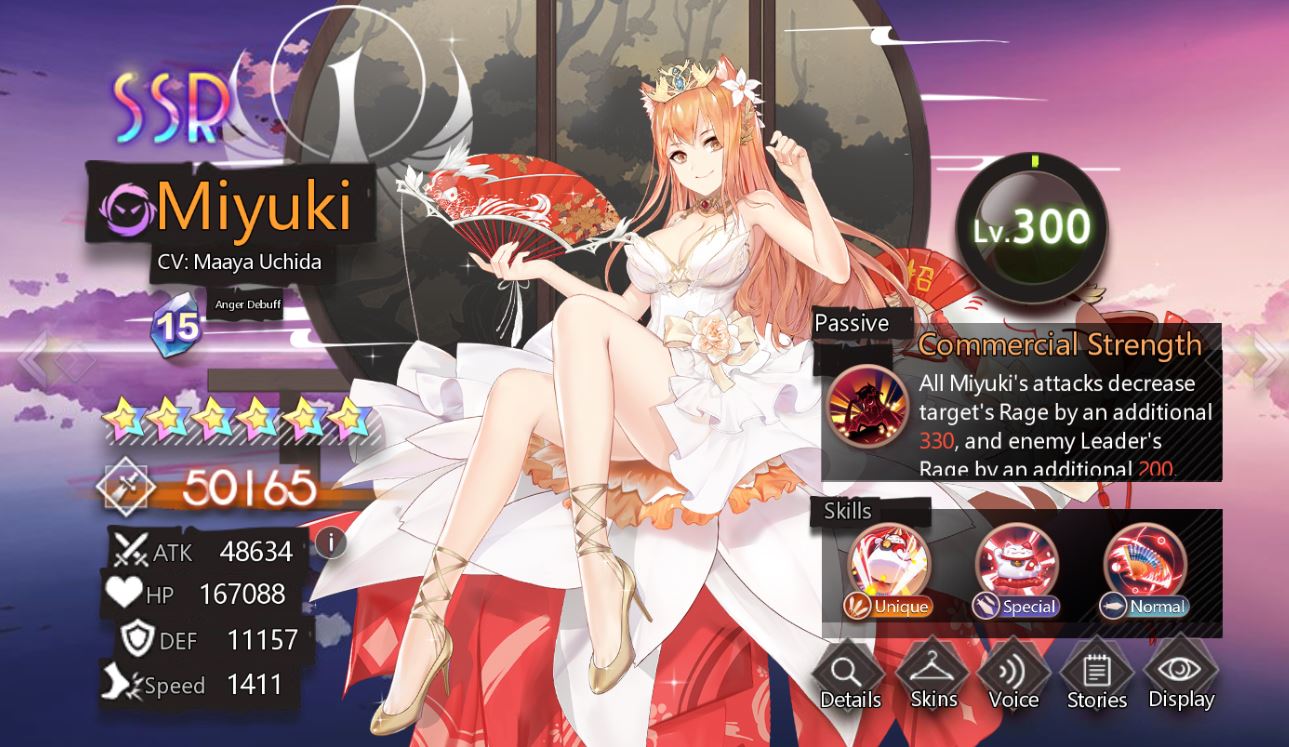 Next up to receive a character guide is one of everyone’s favorite Illusion Connect characters – Miyuki. This girl is a powerful control mage, who is able to reduce the enemy’s Rage with her skills and normal attacks. She can be an extremely powerful addition to many teams, since she doesn’t lack damage, and her ability to reduce the Leader’s Rage is a must in PvP battles.

Her Awakening doesn’t increase the amount of Rage she reduces, but instead buffs her damage and slightly increases her tankiness (not that she has a lot in the first place).

In this article, you can find everything you need to know about Miyuki, as well as which equipment would be best for her. So without further ado, let’s check it out!

Special: Attacks enemies in one column dealing 120% damage, increasing her own DEF Penetration by 30%. Chance to use skill 30%.

The Best Equipment for Miyuki

The build above is mainly the damage dealer Miyuki build, while the one underneath is the “utility” one. I currently use the latter, but I believe both of them to work great.

In my opinion, this is the best equipment for Miyuki in Illusion Connect. There are a few debates on which weapons are the best for her, but since she already has a solid Rage reduction in her kit, it’s best to just buff up her AoE damage in my opinion.

Now when it comes to the armor, I was torn between Floral Cloak, Moddick’s Tuxedo (UR) and Bloody Shirt. However, since I had Floral Cloak level 70 I decided to go for that one (and as you can see in the image above, my Moddick’s Tux is not maxed).

For boots, you want to go either for Witch’s Dance Boots, Crimson Longboots, or one of the UR releases (I have not tested them all yet). As for the Accessory, Phoenix Code (UR) is probably the best, followed up by Phoenix Eyeglasses, Fiery Shawl, Blessing of Sands, Blue Whale Hairpin, Mousepad (UR) and Expensive Cushion.

Similar to Selena, there is an entire UR set that works wonders on Miyuki. However, chances are it’s probably going to be available via purchase in the shop for around $100, so it might not be the best idea. This is it:

If you are interested in reading the lore behind Miyuki as a character and how she came to be the way she is, you can check out the story below. It is unlocked by increasing your intimacy level with her.

Miyuki is quite boring and a generic ‘cat-girl’ if you may. She is lovely by all means, but her actions are nothing out of the ordinary – she’s simple and fun. At least, I haven’t found anything as odd as the lines Anna threw at me the other day. Miyuki often meows and money-related puns.

Fun fact: the DJ Kitty skin is the only Miyuki skin where she isn’t mounted on her Prince Shutoku Fortune Cat. Yeah, that’s the spirit that inhabits her Fortune Cat I believe.