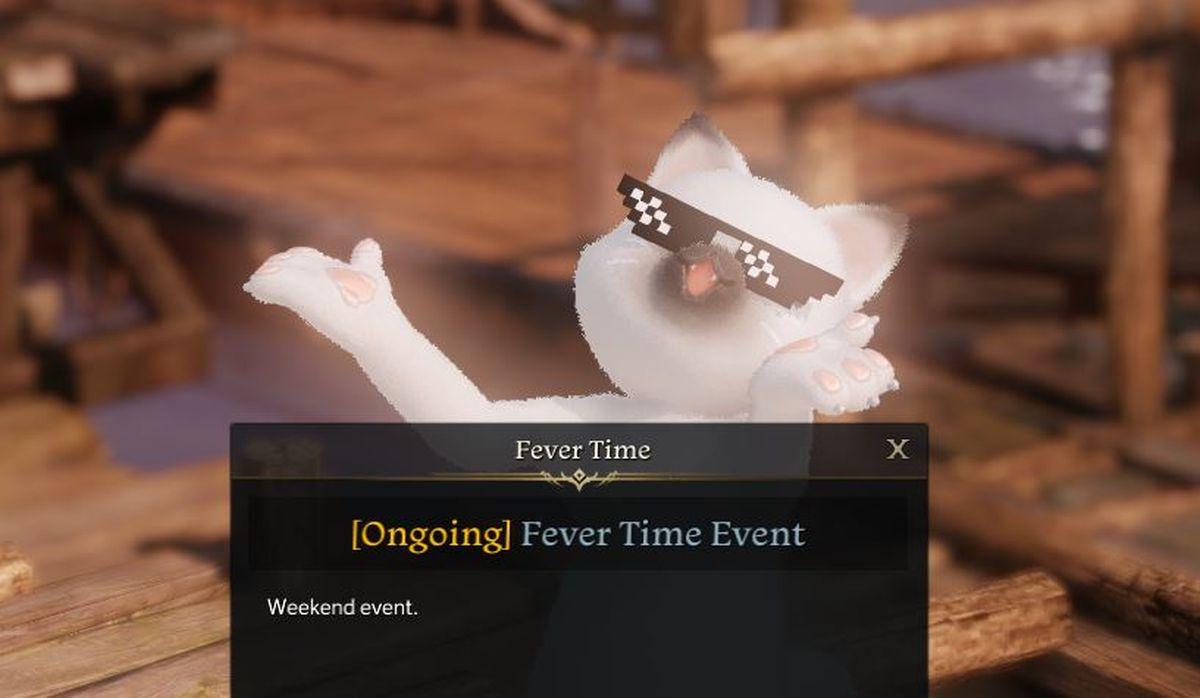 Picture this: you log in Lost Ark today, and you notice a new icon on top of the usual Welcome Challenge one. What could it be? Does it give amazing rewards? That’s exactly what we’re here to talk about today – the Fever Time Event in Lost Ark.

This event was added to the game on the 26th of March, 2022 and it is a “weekend” event. Basically each weekend until the 10th of April, 2022 one character from the player’s Roster can claim a nifty reward that consists of several (super useful) Battle Items.

The reward can be claimed on both Saturday and on Sunday, once per day, between the server’s reset hours.

The event was initially supposed to roll out last weekend, but it did not (as you might’ve noticed too), a CM post on the official Lost Ark forums mentioned that there will be a different Fever Time event once this one ends.

To partake in this event is extremely simple. If you’ve already logged in to the game (between the dates abovementioned), then all you need to do is claim your rewards on the upper right side of the screen.

You don’t need to do anything else! It’s as simple as that. In other words, you’re already taking part in the event even if you didn’t know it.

The rewards for the first event (26th of March – 10th of April) are the following:

To find out the rewards for the next Fever Time event, stay tuned!

In the meantime, make sure to simply log into the game every weekend while this event is running, because these chests are extremely useful and will save you a ton of Gold in the long run.