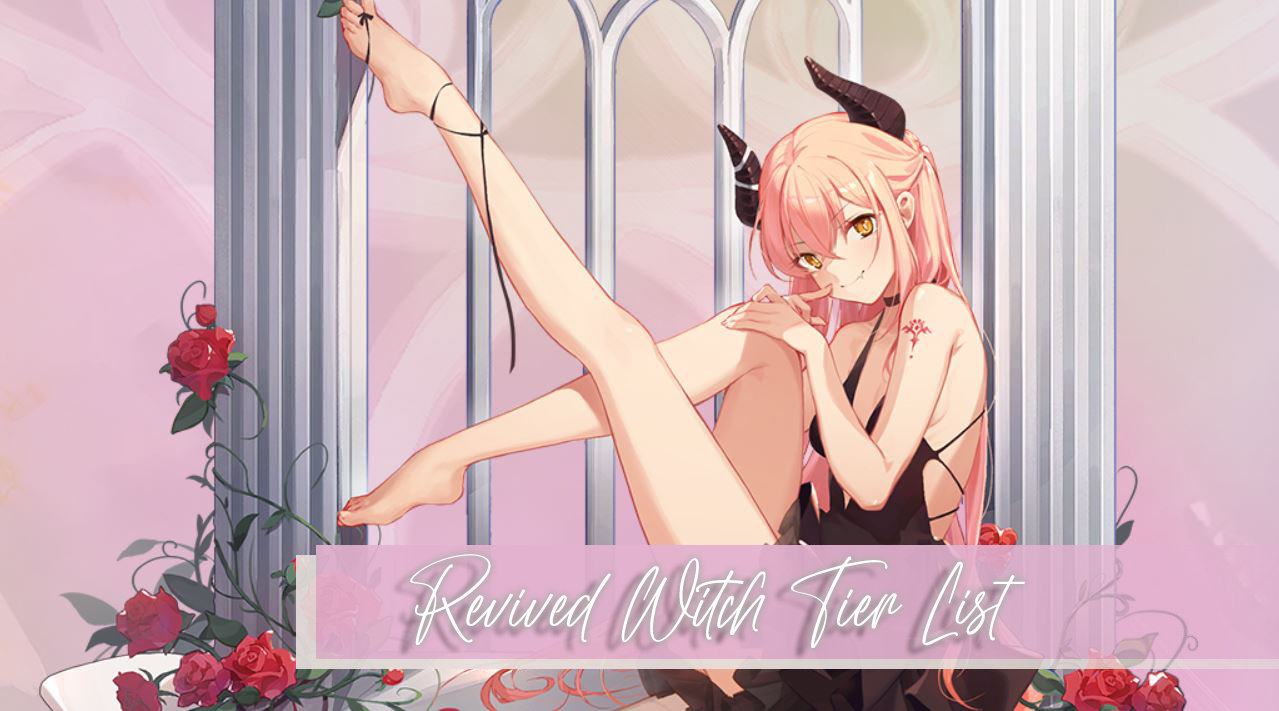 Looking for a constantly updated Revived Witch tier list? Then look no further, because you’ve found it. With so many characters in the game, it’s hard to tell which ones are the best, therefore I’ve decided to add all the units that have currently been released in the game into a list, and sorted it by type.

So, if you’re looking for a specific healer or damage dealer to add to your team, this article should come in handy! But let’s skip the introductions (since I assume you already know what you’re here for) and check out the best units in the game.

For the Witch class, there will be no particular tier list. There is only one Witch, which is the main character in the game. She’s a unique unit that can acquire various skills by completing the story mode in the game, and she can adapt to any team, having a number of useful skills, both offensive and defensive.

The Witch can swap between her skills, and that makes her an extremely versatile unit that is always going to find her place in any team.

The Mage characters are units that specialize in ranged attacks cast in the form of spells. These can be powerful and oftentimes have an AoE. They can also apply various debuffs with their skills, such as Poison or crowd control (CC). These units don’t have high defensive stats, hence they are best positioned on the backline.

Healers are arguably some of the most important units in any and every team. A team can rarely be formed without any healer of sorts (even if it’s in the form of a Compeller) since they are tasked to keep the team from dying. At the moment, there are just a handful of truly great healers.

I would strongly recommend investing in the top 3 on the tier list since you’ll probably use them in Dreamworld.

Guardians in Revived Witch are pretty much your typical tank characters. They have defensive skills, taunting, damage reduction, and an entire kit to make them a viable front-line unit. They are your first line of defense in most scenarios, so it’s important that you have the right units to back them up and allow them to shine.

Destroyers are a unique type of unit, which would be the equivalent of a Fighter in any typical RPG. They have above-average defenses, as well as plenty of damage to make them a viable carry. At the moment, they can be pretty good in the Yellow team (Saltstone), together with two Healers, or a healer and a Compeller, in order to keep them alive while they tank and do damage.

Note: I personally am biased towards the Saltstone Destroyer-Healer-Compeller team, since I find it extremely easy to manage and work with. However, if you don’t have Ella, I believe it would be pointless to go for a Destroyer team.

When it comes to having a mixed role, Compellers are where it’s at. They can fill in the role of any damage dealer/healer/tank or whatever else is needed on the team. Usually (and depending on the unit), they are a mix of two traits – either damage/healing, tank/healing, buff/healing, or anywhere in between. It’s pretty difficult to pinpoint exactly how to build around them generally speaking, but when we look at individual units it’ll be easier to understand.

For instance, you can use Goorveig as you would use Ella – in the front row, paired up with one other healer and a damage dealer, or with a Healer and another Compeller. As for Arcana, you’d need a Guardian and a Healer – or even a dedicated damage dealer.

Boasting the highest damage in the game at the moment, Assassins are dedicated damage dealers and that’s about it. They have a crazy damage output and can act as the sole damage dealer on any team. When you use an Assassin in a typical front-to-back team, they will be great paired up with a Guardian and a Healer.

This would conclude our Revived Witch tier list. We’ve listed all the best units in the game based on how they perform in combat, mostly in PvE mode (story mode). If you’re looking for more information regarding Revived Witch, don’t hesitate to leave us a message and we’ll make sure to create any type of guide you’re looking for!