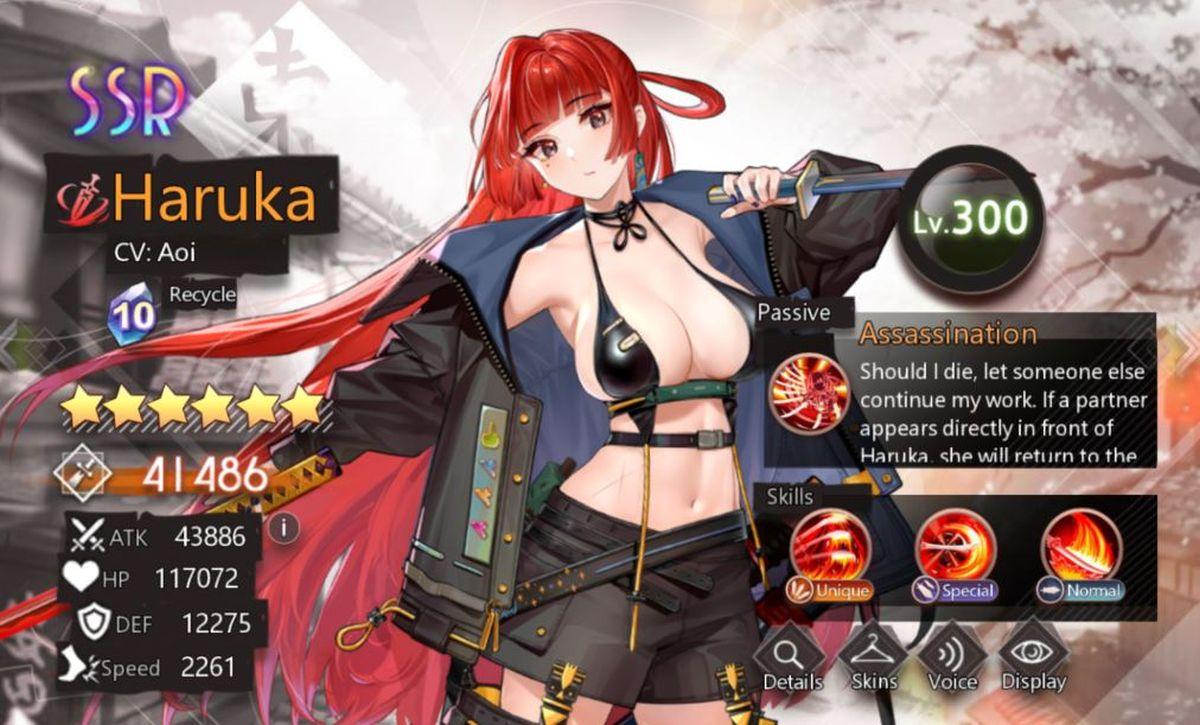 Today we’ll check out the complete Haruka guide in Illusion Connect, the character that can deal millions in critical damage and torment the Leaders in any team imaginable. Haruka is a powerful attacker who specializes in single target damage, and if you want to know how to make use of her skills in the best way possible, then you’re in the right place.

In this article, you can find everything you need to know about Haruka, as well as which equipment would be best for her. So without further ado, let’s check it out!

Passive: If a partner is deployed directly in front of Haruka, She will return to the hand, gaining 6 Energy for the team and increasing ATK by 20% (up to 2 stacks). Triggers 2 times per battle.

Unique: Deals 500% ATK to an enemy, ignoring half of the target’s DMG RES Rate. Increases the damage of the first Unique skill after every appearance by 20% and uses it on the enemy Leader. When taunted by a partner or summoned, deals additional true damage equal to 40% of target’s Max HP (ignores DMG RES, DEF and Block).

The Best Equipment for Haruka

In my opinion, this is the best equipment for Haruka in Illusion Connect. There are several viable options you could go for, but I personally like this one best.

If you are interested in reading the lore behind Haruka as a character and how she came to be the way she is, you can check out the story below. It is unlocked by increasing your intimacy level with her.

At the moment dating is not available for Haruka.