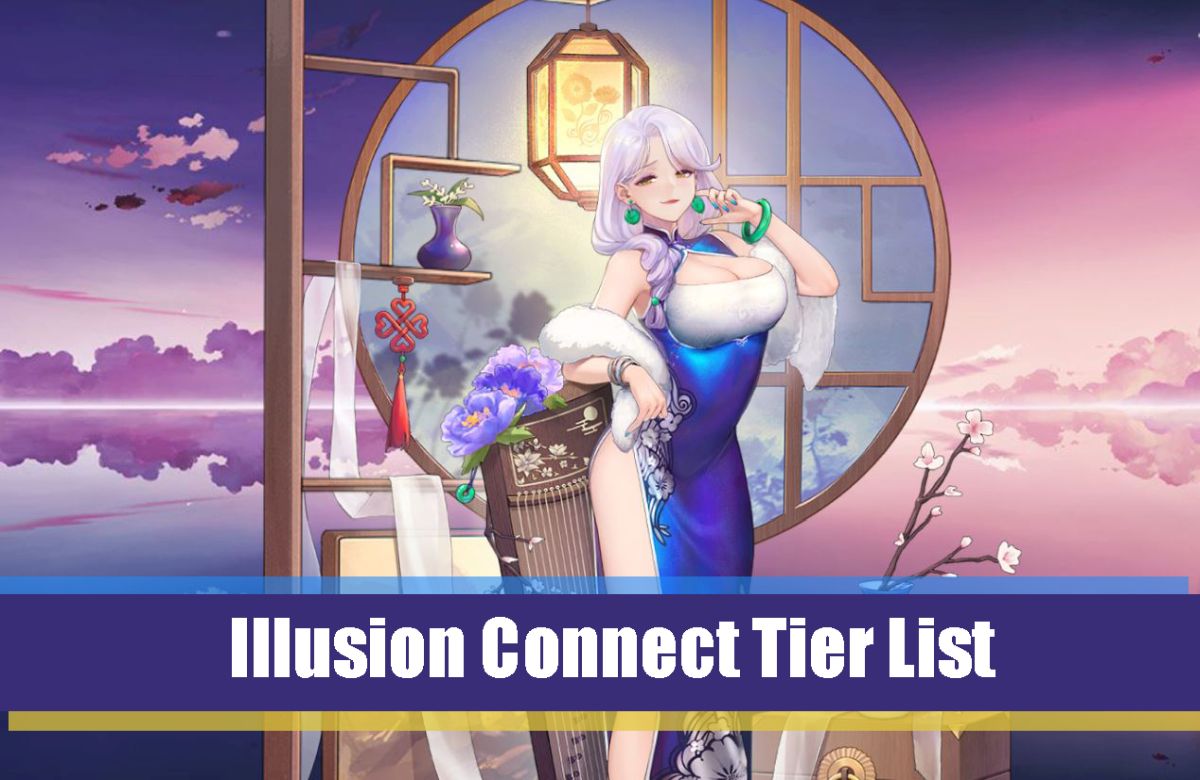 The main way we ranked the units in this tier list is by usefulness at max rank and how well they can fit into specific teams. For example, Miyuki or Kasumi can fit into pretty much any team and be extremely useful (especially when Awakened). Those will most likely fall into a high tier, making them priority units when rerolling and upgrading.

The best Healers in Illusion Connect are not that difficult to define. There are not that many exceptional healers in-game (definitely not as many as Attackers or Sorcerers), but the very few we have access to could all easily land in S tier depending on the situation.

Ming is probably one of the best units in the healing department overall. Anna is great too, especially in PvE. In PvP, Ming triumphs because once she’s Awakened, she can also remove Curse from allies. In case you’re wondering why Jason is on the list in such a high tier, that’s because he can revive allies with his Unique. That makes him a great unit (even an OP unit) in certain team comps that rely on revive.

Spell characters usually provide utility and damage equally. They can sometimes lack damage unless they’re maxed out and well-geared up, but once they’ve reached a certain milestone in terms of power, they are extremely powerful and a great addition to any team.

While Miyuki and Seeger are hands-down exceptional, Rikia is another unit that often goes overlooked. She can instantly remove all CC from the team once she’s been deployed, and that’s not all – Rikia will also inflict Silence (with her Special skill) on an enemy with a 100% success rate, for 2 turns, which is extremely good in PvP.

Sophie is up for debate still, but based on her current skill description she could fall into the same category as Seeger.

Light partners are the ones that don’t often impress through sheer power and numbers, but instead, they provide utility and/or buffs for the team. You can oftentimes find Light teams stomping in PvP, but rarely used in PvE content. That’s because those battles take a lot longer, and all the utility and buffs you gain over time are best showcased in longer fights.

Most Light partners have a sort of “use”, be it a powerful buff or a deploy bonus – the main reason we’ve got so many of them in the A tier is that their skill can really turn the tides of a battle, depending on the situation.

Summon units are exactly what you might expect – summoners. They call forth a bigger (or smaller) army of units to fight in battle, providing power through sheer numbers. Playing a full Summon team might be a little difficult since they often need certain requirements met, but once you’ve got a grasp of things, they can easily overwhelm the opponent (in PvP especially).

As odd as it might sound, Ashwaya is no longer the unit that serves no purpose. Since she received her Awakening and the small revamp, she can be a very viable Summoner. Gagaku as well is an extremely capable unit that will take unexpecting enemies by surprise with her “exploding foxes”. The two units sitting in S-tier that often go overlooked are Rubi and Senkikumaru, who can actually break the meta if properly equipped.

I debated whether or not to add Ann to the S tier, since she’s a truly great unit, but decided to place her in the B tier. Ann can fit into almost any team, and as long as her Passive Lineup Activation Requirement is met, she is definitely worth using (even in the later game).

Attackers arguably make up some of the player-favorite teams. Attack Partners can fit well into many teams, and we’re talking about Kasumi, Silver Dragon – Rie, Saya, Hersey, or even Haruka. These units specialize mainly in head-on attacks and Unique skills cast in quick succession since their Rage meter can fill up relatively fast.

There are many Attackers that are viable (as you can clearly see in the table above) – if you want to add some of them to your team, you can always safely pick some units from the top 3 tiers. Although Pan is only an SR unit, she can deal massive damage with the right gear, making her a great unit for beginners.

Sorcerers are characters that deal AoE damage – they don’t usually have a lot of crowd control or other useful buffs for the allies, and they’re solely reliant on damage. For the longest time, Sorcerers have dominated the game, but since the release of more Attack, Light, Guardian and Spell units, they can now be matched with several other teams (they’re no longer super broken).

The top Sorcerers have more than just damage – of course, Yuffie and Twin Flora are full damage, but Elena is exceptional when it comes to removing negatives from the team. She can replace Rikia or even Mind (if you need more damage) since her Unique skill applies this effect each time it casts (while increasing her damage). I debated whether or not Rotania and Nefir should be higher up on the list, but they’re highly situational.

Nicola is extremely good because she reduces the DEF of enemy units, so that’s why she is in S tier. As for the A tier units, they have great use situationally.

Last but not least are Guardians. These Partners will be the steady front line every team needs, so they are not optional. However, depending on the Leader and the Partners of choice, you can either go for one or multiple Guardians on one team.

Angela is hands-down the best Guardian character currently released in Illusion Connect. Thanks in part to her UR weapon and in part to her Awakening, Angels is able to also revive an ally when appearing, and infinitely stack DMG RES. That’s borderline broken.

The rest of the units are also pretty good, with Kiraya, Selena, Grant, and Domessa following quickly after. For those unfamiliar with Domessa, she can transfer the damage taken from Leader to self, while each normal attack and Special skill cast of hers grants a shield that cannot be negated. That’s pretty good, especially at max rank Domessa.