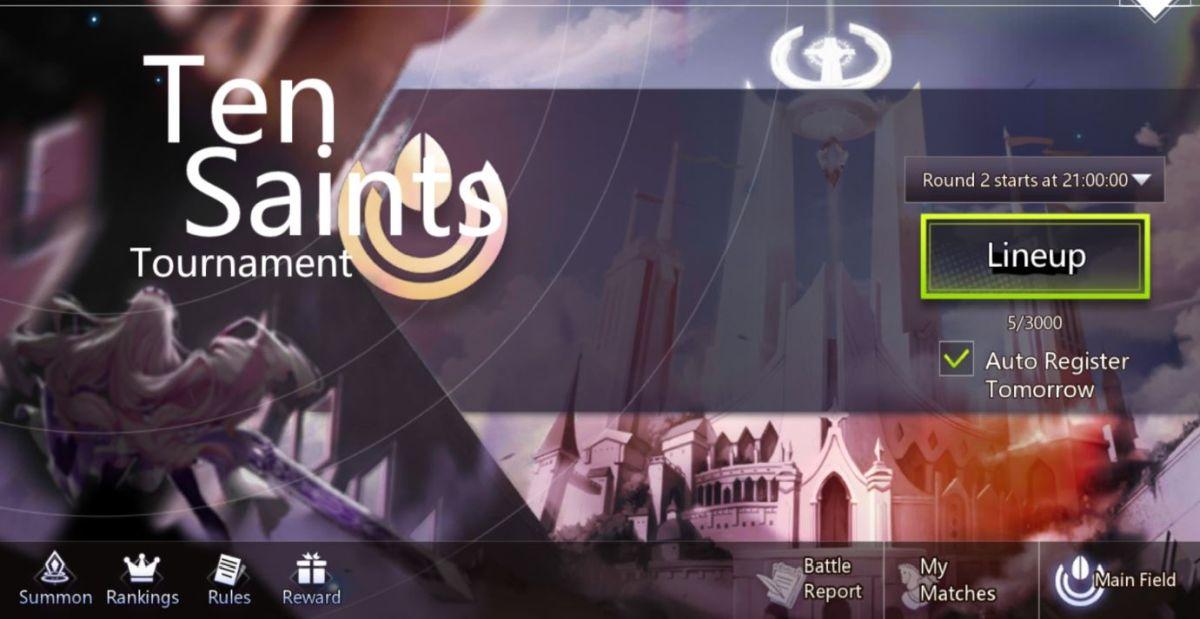 In this guide, I’ll explain everything that you need to know about Illusion Connect’s Ten Saints Tournament, from team formation and placement to how to eventually win every battle.

The Ten Saints Tournament is an event that occurs every single day and it is an arena of sorts where players deploy three Partners at a time in a carefully selected team and form a total of 10 teams (per player). The players who will rank in the top 8 will advance to the final stage, where they will play in the knockout stages from which the ultimate champion will emerge.

As the game also explains, there are a set of rules. I’ll write them down as they are presented in-game and break them down.

Each match has 2 stages, the preliminary and the final one. The preliminary one is point-based with 10 rounds of battles, and the 8 players with the highest points will advance to the final stage. The final stage includes 3 knockout rounds, from which 1 champion will emerge.

Each fight has 10 games. Wins grant 60 points and losses grant 30 points. Extra points are granted based on the remaining HP of the winner (100 points) and loser (another 100 points). The matching system will automatically queue up the player with another of a similar number of wins.

The top 8 players with the highest score at the end of the Preliminary battle stages (so after the 10 battles) will advance to the Final Battle.

The final battle has a bracket format, and in order to emerge victoriously, you’ll need to carefully plan your team and not deploy them randomly. Synergy matters in this battle, as every player will do their best to come on top.

Each team is limited to 45 Energy, therefore it’s impossible to make specific team compositions. Ideally, you want to of the teams based on this format:

Most often than not it won’t help to try to have 3 defensive units in a team, or three healers since it will end up in a loss.

Synergy is extremely important, and the Zombie Saga Partners (Sakura, Junko Konno, and Ai Mizuno) are probably some of the very few, if not the only ones that have a complete 3-partner synergy and are able to launch their combo attack.

Since the max energy is 45, you can either go for 2 high-cost units (that can actually work), three medium-cost ones, or one high cost, one low cost, and one medium cost in any one team.

The rewards from the Ten Saints Tournament will be sent out via mail if the player is not available to claim them in real-time after each battle. Even players who just score 1 point will be eligible for rewards, so no matter how strong or weak your teams are, make sure you take part in the event because it’ll be worth it.

Here I’ll list some of my tips for winning in Ten Saints Tournament in Illusion Connect. I personally don’t bother much with it, since I mostly log in at a completely different time than this event is available, so I don’t have a lot of tips based on my own experience, but from what I’ve gathered, these could come in handy:

Scroll through the gallery below to check some interesting team examples.

If you want to share your tips on fighting in the Ten Saints Tournament, then leave a comment down below!